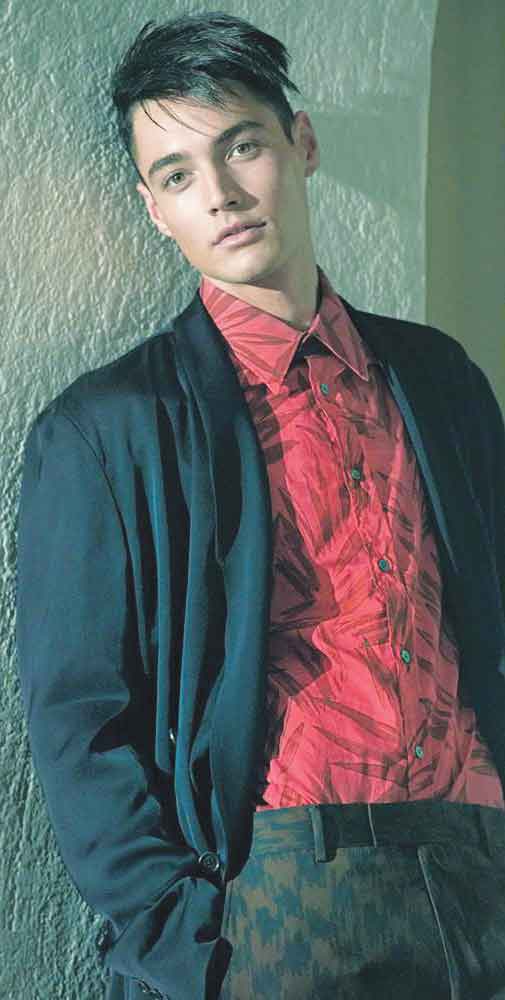 Levi Dylan is only 22 years old, and he already seems to be one of the most promising newcomers in the showbiz. He is Bob Dylan’s grandchild, has a bad boy’s allure, and he also has everything it takes to win the hearts of mainstream audiences.

After growing up surrounded by music, Levi started his career as a bass player with Dreamers Dose, which split after only a few years’ activity because of conflicting ideas about music within the band. Their sound and their look took a cue from 1990s grunge, and this mood still permeates Levi’s style, contributing to his accursed artist charm. This intriguing young man has a cool attitude, and thanks to his photographer girlfriend, Alana O’Herlihy, he started an instantly successful model career. He posed for this month’s cover of V Man, men’s version of V Magazine, and he was also on Dolce & Gabbana’s catwalk during Milan’s men’s fashion week, sporting the Fall Winter 2017-2018 collection.

He was also the main face of the Fay Spring Summer 2017 campaign, together with Clara McGregory. It is really important to him that we do not call him a model, though: “If I had it my way, I would hope nobody would ever call me that”, he declared in an interview, despite recently signing a contract with the Next Model agency.

His dream is actually to become an actor, and enter the magical movie wonderland of Hollywood: we will soon see him in a Netflix feature film. Levi has clear ideas regarding his career on the cinema screen, and he would like to play a “cool” role that he can feel proud of. He doesn’t really have a favorite artist, though Dennis Hopper — the main actor in Rebel Without A Cause, alongside James Dean — is clearly inspiration for his 1950s beatnik-like rebel style. Levi is a boxer and he likes to spend some of his free time on the ring — an energetic, masculine activity that suits his strong, decisive character, although boxing is more of a way to let go of stress and relax, rather than a philosophy for him.

All we can do is wish him the best for his career, and hope he can make it!